If you visit Lisbon in November you can easily find the smoke from the roasted chestnut vendors and we’ll tell you why.

São Martinho or Martinho de Tours, was born in about 316 in the old city of Savaria in Pannonia, an ancient province in the Roman Empire border, currently Hungary.  Martinho was the son of a Roman commander and was raised in a pagan family and educated to follow a military career. 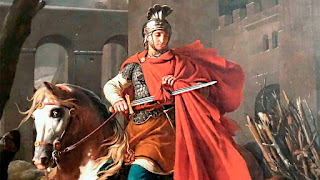 Despite receiving a pagan education Martinho found Christianity and was baptized in 356 after leaving the army, becoming a disciple of Saint Hilário, Bishop of Poitiers, who ordained him deacon and priest after which he returned to Pannonia, where he converted his mother.

Known for his miracles, the saint attracted crowds and was ordained bishop of Tours in 371 and founded the monastery of Marmoutier, where he lived in seclusion. He deceased on November 8th of 397 in Candes and was buried on November 11th, in Tours, a place of intense pilgrimage from century V. 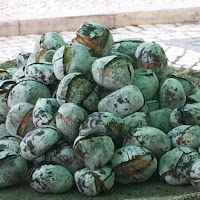 The legend following São Martinho states that on a cold and rainy winter day, Martinho was travelling on horseback when he met a beggar. Seeing the beggar shivering and with nothing to offer him, he took the sword and cut his cape in half, covering him with one of the parts. Later, he found another beggar, with whom he shared the other half of the cape. With nothing to protect him from the cold, Martinho continued his journey. Legend has it that at that moment the dark clouds disappeared and the sun came up. The good weather lasted for three days and this is what we call “The Summer of São Martinho”.

The day of São Martinho is celebrated on November 11th, on the day of his funeral, three days after he died, almost everywhere across Europe, but the celebrations vary from country to country. In Portugal it is tradition to have a big “magusto” with roasted chestnuts and to drink “água-pé and “jeropiga”.