Almost everything in our lives changed in the past year and, at the same time, we were challenged to learn how to do a number of things in different ways.
Now, Valentine’s Day approaches and we have to figure out a way to celebrate it.

Saint Valentine's Day is an annual holiday held on February 14th that celebrates love and affection. But, what do we actually know about St. Valentine? 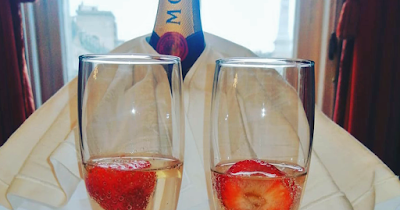 There are various opinions as to the origin of Valentine's Day.

Some experts state that it originated in St. Valentine, a Roman who was martyred for refusing to give up Christianity. He died on February 14th, 269 A.D., the same day that had been devoted to a Spring rite, the “lovers’ lottery”. Legend also says that St. Valentine left a farewell note to the jailer's daughter, who had become his friend, and he signed it "From Your Valentine".

Other tales say that Saint Valentine served as a priest at a temple during the reign of Emperor Claudius. Back then, Claudius jailed Valentine for defying him.

History and legends aside, it is very important, especially during these challenging times, to celebrate love and affection.
Happy Valentine’s Day to all!
Labels: Customer