The year 1998 was the year of all changes in Lisbon where meetings and conference is concerned.

Expo 98 with around 11 million visitors was the biggest event ever organized by Portugal and it gave Lisbon the sort of structure which allows it to host some of the biggest Congress in the World.

In 2011 the EASD with 17.000 attendees was held in Pavilhão Atlântico and the EADV with 9000 participants, were the largerst ones. The list keeps growing and growing and in 2012 is no different. 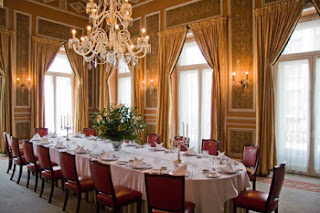 In order to receive these new "tourists" the number of hotels in Lisbon almost doubled, but at this time the hoteliers' attention turned the business, a segment that was increasing and become more and more important. The majority of the new hotels were all dedicated to the business segment, almost as the rooms were a complement of the meeting rooms. They were equipped with flexible meeting facilities that could host meetings with 10 to 1000 attendees or more, all equipped with the latest technology. Teams were formed just for the meetings area and managing positions were also created in this field.

This, of course, brought a new dilemma to the existing hotels as most of them were dedicated to leisure segment. Its not easy to build meeting rooms where they don't exist , and so was time to rethink the entir hotel structure.

Was all that space for store needed? Do we need all thoose rooms on the 1st floor? 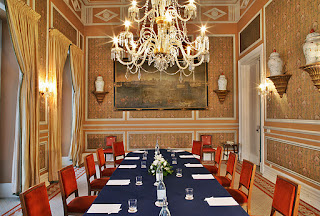 Renovation was the keyword, the ajustment to a new reality, to be competitive and come up with space in the market. This was what we did! Our renovation, between 96 and 98, allowed us to create several areas which helped to put Avenida Palace in the map, combining luxury and glamour with technology and functionality. The main advantage, besides the central location, is the existence of meeting rooms with natural daylight and magnificient views but, nevertheless, totally soundproofed.

Now Lisbon with its own variety of offers is one of the major destinations for business. The competition is huge, but the quality its getting better every day.

As said in the video below "Lisbon is the center of the World"!