We all know Lisbon for its tradition, its old quarters, its history, but in 98 another Lisbon rose, a modern and futuristic city that came together after the Expo 98. 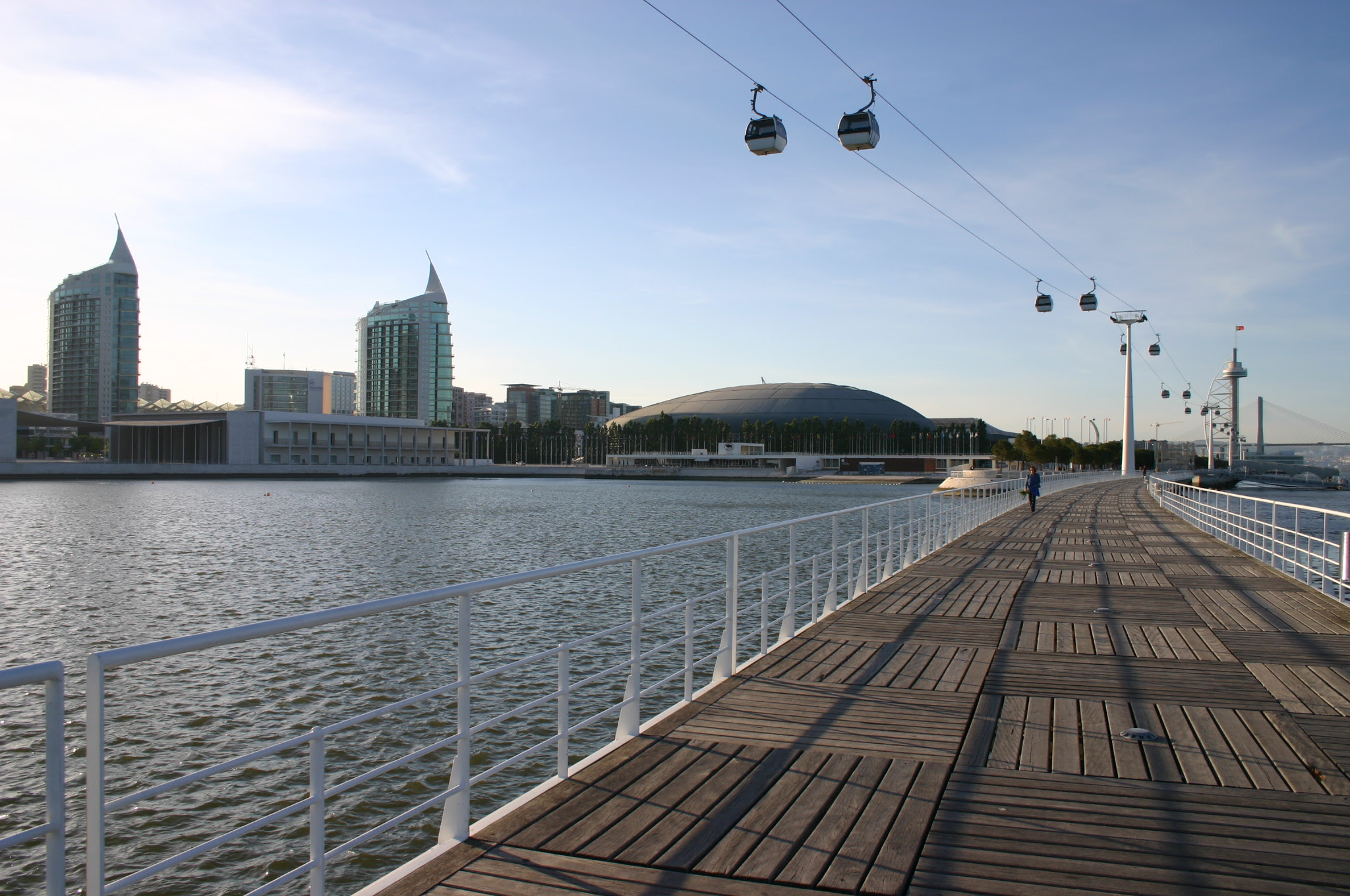 The orient side of the city, by the “Tejo” river, was mainly an industrial area with many closed factories. This was the perfect scenario for the Expo 98, an area that was almost abandoned and could be completely renovated, providing Lisbon with a new and fresher side.

Several pavilions were built and still remain in the service of residents and visitors but are now integrated into the designated “Parque das Nações”. We can highlight the “Oceanário”, the largest aquarium in the world, featuring five different oceans and numerous species of mammals and fish, and “Pavilhão Atlântico”, a pavilion of multiple uses which hosts the most important music and sport events held in Lisbon.

Other attractions include a modern casino, water gardens and a number of bars and restaurants with outdoor seating overlooking one of the world's longest bridges. Two striking twin towers designed to look like giant sailboats are apartment and office buildings named after two of Vasco da Gama's ships, São Gabriel and São Rafael. The EXPO '98 attracted nearly 11 million visitors, although initial estimates pointed to 15 million. Part of its success was due to the cultural vitality, demonstrated for example in its approximately 5000 musical events considered one of the biggest music festivals in the history of mankind.

Architecturally, the Expo has revolutionized this part of the city and influenced the habits of urban conservation of the Portuguese. It can be said that the “Parque das Nações” is an example of successful conservation of an urban space.
Labels: About Lisbon Concierge recommends