Mouraria’s diverse gastronomy is as great as its ethnic diversity.

The variety of spaces, colors and tastes has always been a cause of wonder to visitors of this popular district. In order to appreciate these unique features and boost the commercial space in the neighborhood, the “Associação Renovar Mouraria” designed this project to present the taverns and restaurants of Mouraria.

The final goal is to create a consistent cultural dynamic, with events such as “Janeiras” or “Ronda das Tascas”, guided tours and musical performances of various natures, including “Fado”. 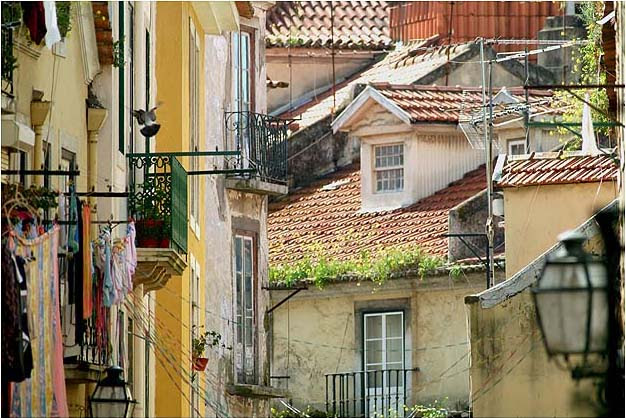 One of the purposes of this program is open the district to tourism as a way of boosting its economy. As the energy felt in the streets, these establishments are also living spaces in constant mutation. That’s why this is an open project aimed to extend the number of participants as a way to celebrate multiculturalism through the flavors of the world.

This route intends to show who visits the neighborhood its historical and cultural diversity, giving a new life to these old businesses.

Here, you can listen to a “morna” while sipping a traditional “Ginginha”, in spaces where Severa or Fernando Mauricio sang. You can enjoy a  Goan “sarapatel” while listening to “fado”, you can sing and dance “samba” while tasting the traditional sardines, trying  a  shrimp ”muqueca” and Portuguese or Brazilian “feijoada” , while listening to Indian music ... All paths are possible in this maze of streets and cultures that is Mouraria. Make sure to devour these worlds.

Here are some examples:

It is hardly a tavern, with an entrance that fits little more than ten people and a counter with no more than three meters. And that’s it. There are no tables or chairs but there is wine by the glass,” ginjinha”, “jeropiga”, waters, juices, cigarettes, a telephone and a puppet of “Zé Povinho”.

The noise is a constant at lunch hour. This is because “Adega Zé dos Cornos” is one of the meeting points of entry into the Mouraria. From “Ponte de Lima” came the sympathy and art of grilled served at the table between glasses of wine and beer. The horns are there, high on a wall, giving the name to the house.

At the heart of the district, in the “Largo Terreirinho”, this tavern owes its name at the well still there! In the hall with long tables and benches, drinks and snacks are served and even melons are sold during its season. The afternoons become more vibrant when the card games, checkers or dominoes begin.
Labels: About Lisbon Concierge recommends