The area that is now the Bairro Alto was being established between the fifteenth and seventeenth centuries, through the construction of a number of urban areas and it may be held as "the first modern urbanization of Lisbon".
During the reign of D. Manuel there was a growth of the urban population in Lisbon, due to the expansion of maritime trade. The monarch then established a set of urban and architectural rules, which extended to the entire city. 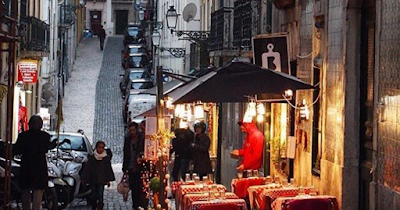 Since then, the Bairro Alto comes to be a peculiar case of Portuguese urbanism, because it grows along a plane of regularity "unparalleled in the city until the pombalino period".  And as the social level develops in importance and nobility, it also becomes a cultural center attached to Jesuit education.

Although the earthquake of November 1st, 1755 has destroyed the downtown area, Bairro Alto was spared in the majority of its area. Thus, the layout of the neighborhood remained unchanged during the great urban reform in the pombalino period, although many of the sixteenth-century buildings have been replaced.
During the last decades of the eighteenth century, the Bairro Alto was losing its aristocratic character, and, therefore it became inhabited by more popular groups, it consequently turned into one of the centers of Lisbon.

From the nineteenth century, with the growth of the city, and its constant urban renewal, as the stylistic and architectural transformation is a concern, the Bairro Alto became closer to “its currently self” and, since then, the old houses and palaces began to host artists, intellectuals, newspapers’ newsrooms and various structures of social and medical support which turned it into the center of the city's nightlife. 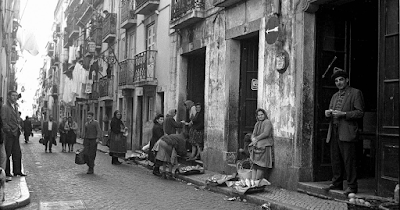 And so, the Bairro Alto preserved its sixteenth urban structure intact, enduring four centuries of urban transformations of the capital, and revealing in its orthogonal grid ideals of Renaissance cities, which have adapted the buildings constructed in the following two centuries.
Since the 1980s it is the best-known nightlife area in Lisbon with numerous bars and restaurants alongside the Fado houses.

The Bairro Alto is now a place of evening entertainment and a meeting point for different cultures and generations, part of the buildings have been or are being recovered, maintaining their original character, which allowed for the setting up of new and alternative commercial spaces, from multi-brand shops and ateliers of tattoos to piercing shops.

Posted by Hotel Avenida Palace at 23:15 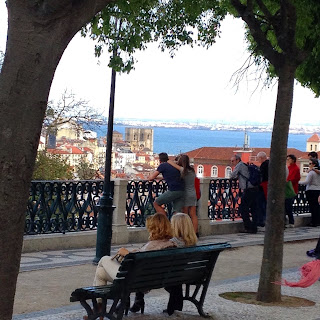