10 of the coolest reasons to visit Lisbon...

Truth be told, Lisbon has plenty of valid reasons for you to pay it a visit.

The fantastic weather is surely not the only one. This text presents you with 10 of the coolest reasons... Fado, bars, the Tagus River, the new and old stores, renovated neighborhoods, museums... 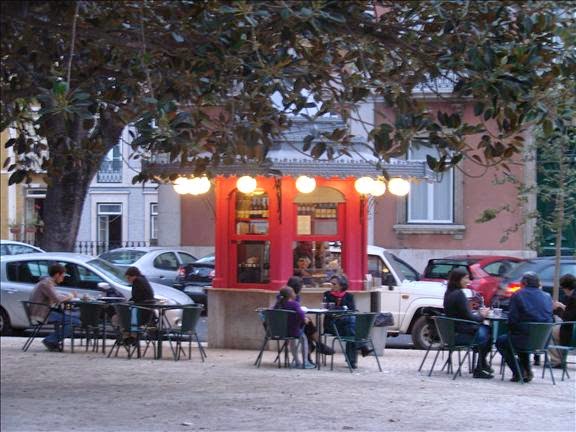 1 - “Sitting Rooms”
The kiosks are trendy and, of course, always full. The coolest around are in fact neighbors in the garden of Príncipe Real. Mr. Oliveira takes care of his kiosk “Príncipe Real” and Catarina Portas heads the kiosk “Quiosque do Refresco” (and three others in Parque Camões, Praça das Flores and Cais do Sodré).
In Largo dos Jerónimos in Belém, smoothies and fresh juices served in a transformed cable car do not go unnoticed.  This is a business operated by the company “bananacafe”, a “family “that includes two kiosks in Avenida Liberdade and another in Praça do Município.
These are the new “sitting rooms “ of the city, ideal places to drink a beer or to snack.

One of the businesses that has expanded the most, is the one that "climbs” up to two or more wheels. That’s the case of the blue van Renault Estafette, owned by “Tell a Story”, parked in the garden of Príncipe Real selling books of national authors translated into several languages. The ”Lisbonlovers” also took the streets in their 1972Volkswagen, to try to attract tourists in Belém and in the area of Praça do Comércio, with merchandising inspired by the city. The “Miss Can” took their tins to the surroundings of the São Jorge Castle. “Pedal a Gosto” strolled the Belém district, serving their lemonades.
Who also "caught" the ride were the yogurts inspired by Ancient Greece's Yonest - True Yogurt, now living in the sidewalk in front of the Atrium Saldanha, such as the chips from Chippers.

3 – An Island of Ideas
Its first occupant was the old Companhia de Fiação e Tecidos Lisbonenses, followed by the Companhia Industrial de Portugal e Colónias and Gráfica Mirandela. Today, the residents of the LX Factory in Alcântara, are quite different:  over there the worlds of architecture, fashion, media, advertising, music and

other areas, cross paths.
Mandatory stops: Mag Quiosque to buy one of the many international magazines and newspapers; Kare Design for a peek at new furniture design, lighting and home accessories; Boox to get to know the original frames; Livraria Ler Devagar, for being one of the most beautiful bookstore in the world. For dinner, at Taverna 1300, Mercado 1143 or at the “Burger Factory”. After that, it is best to just stop at “Funky”, Hernani’s bar, sipping a cup. 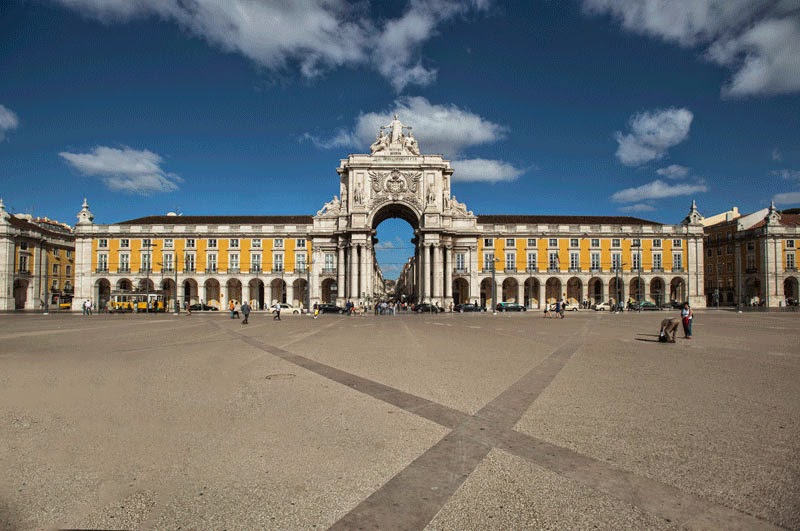 It has the status of a national monument since 1910 and the soul of a modern cosmopolitan square. Terreiro do Paço is no longer just a place passage, it has become a meeting point, a place where you can enjoy good food, leisure and culture. Under the arcades, a succession of restaurants like the one of Chef Cordeiro, the Populi with the proposals of Luís Rodrigues or “Can The Can” with dishes created from the typical “conservas”.
From the terraces, there are those who loose themselves admiring the river Tagus, the Cais das Colunas and the monumental Arco da Rua Augusta. In the east wing one can discover the history of Lisbon in the modern “Lisbon Story Centre”, and the history of Portuguese beer at the Beer Museum. On the western side, the Pátio da Galé is the room of the big events such as Peixe em Lisboa, this year between April 3rd and 13th.

5 – Concentrate Luxury
Lisbon is a haven for luxury shopping mainly in the Avenida da Liberdade.

Gradually, it became the most expensive street of the capital, with upscale stores scattered along its one Armani, Louis Vuitton, Prada, Miu Miu, Gucci, Cartier. The national talent also gets to be well represented by, for example, the shoe designer Luis Onofre, who opened at about a month ago, his first store.
kilometer length:
Although some houses work behind closed doors, do not hesitate to knock on the door, to walk inside and explore, without fear. In this hustle between stores, there will be time for a smoothie or a fresh juice in one of the six kiosks’ esplanades, along the avenue.

In recent years, Lisbon has definitely entered the route of large concerts and festivals, receiving artists and audiences from across the country and abroad. While some bands opt to start their tours in the capital, as the Backstreet Boys did, last February 18th, there are others who prefer to end their tours in great style, as Bon Jovi in 2011 and Michael Bublé in 2013.
This year it will be Lady Gaga’s turn, as she closes her “The Artpop Ball”, in November 10th at Meo Arena. Festivals such as “Optimus Alive” and “Rock in Rio” are at the top of the busiest ones. This year's “Rock in Rio” presents names such as Justin Timberlake, Robbie Williams and Arcade Fire, the Alive, the Bastille and The 1975.

7 - Champagne, Cocktails and Gin
Gin is the drink that has won the most fans in the last couple of years. And who should we "blame": the SushiCafé Avenida, the burger house Honorato and, most recently , O Bom, O Mau e o Vilão.

“Lisbonita Gin Bar” of Taverna Moderna, which gets the locals drinking good brands and unique combinations. But other restaurants and bars followed their example: the ”Gin Club” of
But not only gin is drank in Lisbon. Take a look at the champagne houses which opened recently; Real Champanheria; Champanheria do Cais and Champanheria. All combine champagnes and sparkling wines with snacks and oysters. Cocktails with or without alcohol, have also won their regular customers: the Matiz Pombalina Bar and Cinco Lounge have suggestions for all tastes.

8 – Art for All
Lisbon has one of the top ten museums in Europe with free entry, the Museu Colecção Berardo. But one Mude – Museu do Design e da Moda, an estate of excellence which integrates pieces of furniture, utilities, accessories, clothing and footwear, and also with no entry fee. And there are those who offer “freebies “on Sundays until 14 o'clock such as the Museu do Oriente and the Museu Nacional do Azulejo.

could also speak about
Right in the city center there are still some gems that deserve a visit, such as the Museu da Farmácia in Santa Catarina, the Museu de S .Roque in Bairro Alto or Casa-Museu Medeiros e Almeida, two steps from the Avenida da Liberdade. Also, not to be missed  is the Museu Nacional de Arte Antiga, the Museu do Chiado, the Museu Fundação Calouste Gulbenkian Foundation, and the most visited by tourists, the Museu National dos Coches, with a new “home”just  waiting to be occupied. 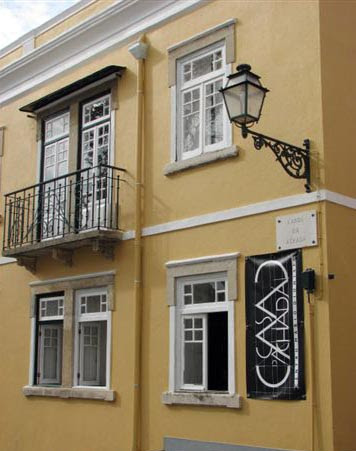 Here you can experience a true neighborhood life with grocery stores, drugstores and taverns, mixed with new shops, restaurants and bars. In Mouraria, it is worth knowing the Cozinha Popular, owned by the Casa da Achada (home of the Centro Mário Dionísio) with intense and rich cultural program or go around the neighborhood at the rhythm of the outdoor exhibition Retratos do Fado, from the British photographer Camilla Watson. And with such an enormous culinary diversity, why not take a stroll through the route of Tasquinhas e Restaurantes from the Associação Renovar a Mouraria, which also organizes guided tours every month.
photographer Adriana Freire, an open kitchen where you can have lunch, attend a workshop or have dinner with a group of friends (by appointment only). You can visit the
In Alfama, jazz is the music of choice in the restaurant and bar Duetos da Sé. In Ginginha da Sé there are snacks, local wine in barrels, handmade and muffled cherry, at the sound of Blues, Bossanova and Fado. Rua do Salvador, near the Portas do Sol, where the oldest traffic signal of Lisbon still stands (it dates from 1686), could be called the street of crafts, with six workshops. From a seamstress who makes clothes for films, an illustrator and potter designer, you can also find yourself in the workshop Bate Chapas, where pictures are taken as in gone by days, or in Coisas do Alberto making lined bags.

10 – Urban Art
It is impossible to not notice the graffiti made by the Brazilian brothers Os Gémeos, or the Italian Blu and SAM3, in the vacant buildings at the Av. Fontes Pereira de Melo, voted one of the ten best examples of urban art by the Guardian newspaper in 2011.

the Spanish
In that list you can also find the work of Portuguese artist Alexandre Farto, also known as “Vhils”, made in London in 2008. Today, there are several anonymous faces " carved " by him in Lisbon in the abandoned concrete tower in Sete Rios, visible from the Eixo Norte-Sul, in the Avenida Calouste Gulbenkian wall, next to a tile panel of João Abel Manta; or in Alfama near Hotel Memmo, the platform/gallery “Underdogs” which he runs has brought to us many international big names in street art, which also left marks in the city. Among those names are the Italian Pixel Pancho (Jardim do Tabaco), the American duo “How & Nosm (Av. of India) and the duo ”Interesni Kazki “ from Ukraine (Praça Olegário Mariano in Av. Almirante Reis ). And, if you come across some provocative slogans like: "O povo vencido jamais será unido “, “Grândola Vila Corrupta, Terra de Desigualdade#” or "Pague Leve e Leve Mente " , know that those are from the Portuguese  ± MAISMENOS± .

But the route does not end here: the wall in Campolide near Amoreiras, known as “The Graffiti’s Hall of Fame” in Lisbon has several paintings of political contestation, as the " Marionetas de Merkel " and "Lei do Mais Forte" and worth peeking are also the faces at the “Muro Azul”, next to Júlio de Matos hospital, or in the wall signed by “ARM Collective” at Av. da India, dedicated to Lusíadas, an initiative of the magazine Visão, under the celebration its 20th Anniversary.