Lisbon doesn’t stop surprising us. There are many treasures to be found, and so, we leave you with 3 more palaces that deserve your visit.

Lead yourself into another era! 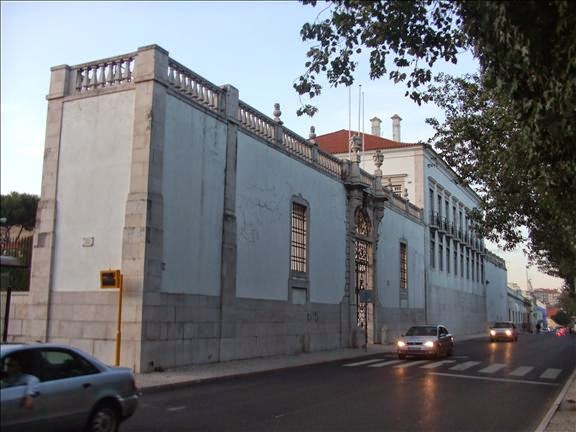 It shares this designation with other episcopal palaces.

Its origins date back to the seventeenth century, although there are no longer traces of the primitive country cottage that gave foundation to it. Much was improved and remodeled in the eighteenth century by D. Tomás de Almeida, the first Cardinal Patriarch of Lisbon, and it even had a river dock at the front of the building. In 1834 it incorporated the Treasury. It was sold several times, being transformed by the owners, serving as the main office building of factories built in the grounds and in the old carriage house.

It is owned by the City Hall since 1930 and served as the City’s Museum for 30 years. It housed the headquarters of the Amigos de Lisboa association and currently it is used for receptions and other official events. It is classified as a Heritage of Public Interest. 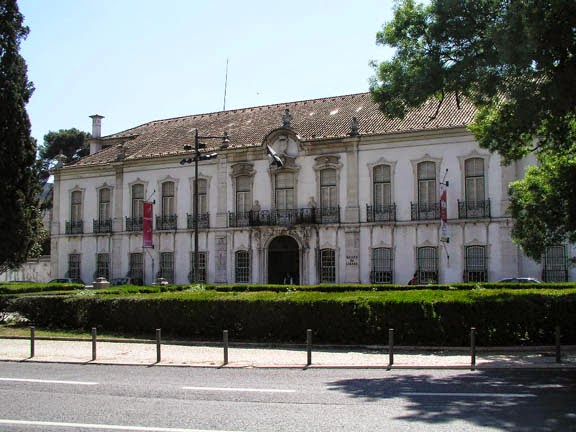 Built in the first half of the eighteen century, it is known as Pimenta Palace (Pepper Palace), named after one of its last owners, or Campo Grande Palace, due to its urban location.

Despite its remarkable architectural quality, there are no references to its construction, and so its order or authorship remains unknown. Its characteristics and the construction period (Joanino) make us suspect the involvement of Ludovice and Carlos Mardel.

Classified as a Property of Public Interest, this building features an austere line of great elegance, with emphasis on the tile decoration of the joanino and pombalino periods. In the 70’s of the twentieth century, this Palace has been adapted to host the City’s Museum, now known as Lisbon’s Museum.  It has a vast collection of archeology, painting, drawing, printmaking, lapidary, which illustrates Lisbon’s history from the earliest periods, as the pre-history and the Romanization, to the nineteenth century, through the baroque and pombalina city, highlighting the city’s large scale model of reconstruction before the 1755 earthquake.
The palace also features thematic rooms on several periods of Lisbon’s history. The recovery of Jardim de Cerimónias and Mata covered mostly the landscaping and afforestation preserving almost in full the initial delineation of eighteenth-century green areas.

It was built in the late nineteenth century by José Luis Constantino Dias, a northern farmer who made
his fortune in the former colony of São Tomé e Principe, and received the title of Marquês de Valle Flor, from King D. Carlos. 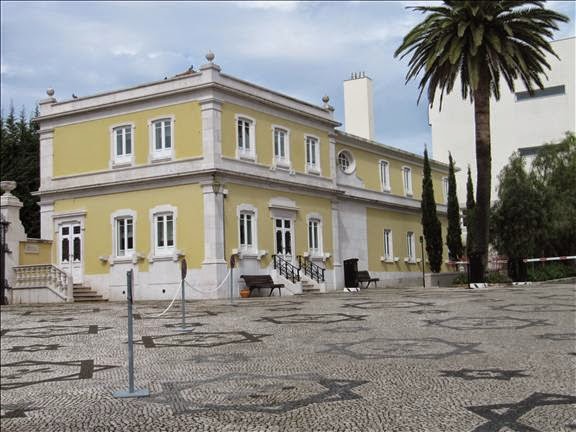 The Valle Flor Palace was commissioned to the Italian architect Nicola Bigaglia, who was involved in the project between 1905 and 1906, however, from 1910 it is the architect José Ferreira da Costa who continues to monitor all works, highlighting the new divisions and the stables. It is known that the drawings of some details of this palace were made by architect Miguel Ventura Terra. The interior is sumptuous, it has been executed by the best artists at the time, who left their mark across the magnificent ornamentation.

The palace is filled with hardwoods, despite the import ban that was in effect at the time.
To overcome this problem, the resourceful owner had built the vessels in the banned exotic woods, which were dismantled when arriving in Lisbon and then used in the palace.
It is also known that the top floor has been added later to allow the Marquês the sight of the Prazeres cemetery, where they buried their two daughters. It is noted that in 1977, the government proposed to transfer its headquarters to Valle Flor Palace, releasing the Belém Palace for Parliament Members. The Palace was acquired in 1992 by the Pestana Group and from then on going through restoration and adaptation works, according to Manuel Mullet’s project to requalify it as a hotel. In 1997, it was classified a National Monument.