A palatial live. 8 Palaces to visit


Lisbon with its history has a substantial collection of ancient palaces, aristocratic and bourgeois residences, which can now be visited.

Some of the best examples were built for summer residences or farmhouses, as the majority were located on the surroundings of Lisbon, at the time of their construction. Several of these sumptuous buildings became state property, by purchase or donation and hosted many types of services related to the government.

Despite the change in use, some of the original features were kept and one can perceive the taste and lifestyle of the elites of old Lisbon.

In order to “relive” this era, during this week we present you with 8 palaces which will surely deserve your visit, transporting you to a Lisbon that many do not know existed. 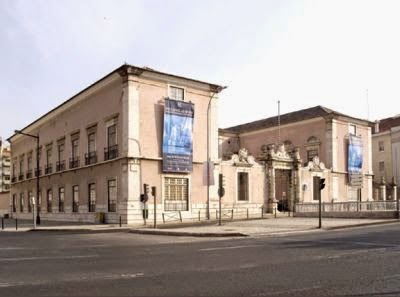 It was the Country House of Marquês de Távora, since its construction in the seventeenth century to the fallTávoras Affair. At that time, the property included extensive grounds to the south and west. In 1801, it was bought by D. João de Melo Almada e Castro, the fifth Conde das Galveias name under which the property is known today. Despite having experienced big refurbishments, especially indoors, it remains as one of the best examples of non-urban mansions that survived the earthquake. In addition to the rectangular courtyard, which has kept the original design, the highlights are the monochromatic figurative theme with historical tile panels’ scenes, by Leopoldo Battistini, particularly observable in the lobby with a semicircular auditorium in the vaulted ceiling, and the outdoors panels with images of the Portuguese Kings.
from grace of the family in 1759, when all their goods were confiscated by the Crown under the infamous
Purchased by the Lisbon’s City Hall in 1930, the palace now houses the City Hall’s Central Library, with exhibition galleries and a public garden.

The Beau Séjour Palace was built by the Viscondessa da Regaleira in 1849, on Quinta das Campainhas. Later acquired by Barão da Glória, who undertook some changes, especially in the Palace’s facade, now covered with tile and an amplified garden. After his death, his nephews and heirs made a profound remodeling of the interior, hiring the brothers Bordallo Pinheiro: Maria Augusta, Rafael and Columbano, and the decorator Francisco Vilaça, to carry out this task. The Quinta das Campainhas was left to the family Dias Almeida, who around the 70s of the last century sold it to the Maristas, who installed in the palace the administrative services of the College. The palace and the garden come into the ownership of the City Hall, who undertakes the huge restoration and today one can admire the famous ceiling of the Salão Dourado (Golden Hall), a painted screen by Columbano Bordallo Pinheiro named The Carnival of Venice, an ornamental sink by Rafael Bordallo Pinheiro and the ceiling of the Galeria de Pintura, painted by Francisco Vilaca, among other decorative details of interest. Since 1992, the Gabinete de Estudos Olisiponeneses works in this space.