Lisbon is always displaying its cultural diversity. This time on February 21st, at the MEO Arena with the Acrobatic Circus Company of Hunan. 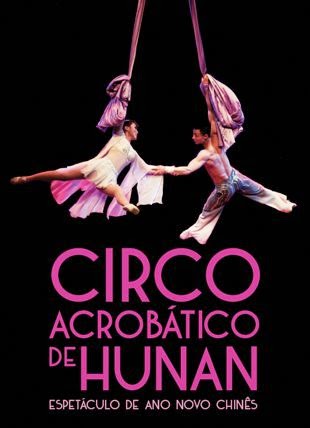 Founded in 1959, in Hunan, in the southern of China, Huna is regarded as one of China’s leading theatre companies, with performances in over 50 countries.

The Company has received several awards, including the “Silver Clown” in Monte Carlo. The show consists of 15 acts, each one telling a different story and using different acrobatic techniques related to the ancient Chinese culture.

The 26 acrobats who, in most cases, started their training at the age of five, explore the arts of tightrope walking, juggling and contortion, using them to embody gods and demons, characters supported by a vast heritage of ancient legends.

Brace yourself for a performance of great beauty, where mythical beings and elegant ballerinas dance with their lovers, a performance in which the artists invoke ancestral activities such as hunting or war, with special care in the wardrobe and image quality.