The new Museu Nacional dos Coches in Belém, opened to the public last Saturday, with a free admission program that included a parade by G.N.R. “Charanga a Cavalo” and a display of the Portuguese School of Equestrian Art.

The date was set to mark the 110th anniversary of the inauguration of the original museum in 1905, an initiative of Queen Amelia, wife of King Carlos I. 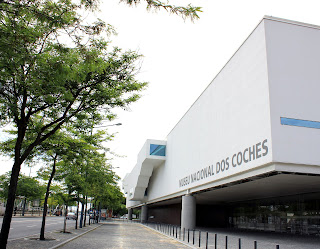 From today, the entries in the new museum cost six euros and later on, when the museum's building project is complete, it will cost eight euros.

In the old building of Museu dos Coches, the Picadeiro Real, will remain open to the public and the entries will cost four euros, two euros less than it was charged so far.

The new Museu dos Coches arises in Belém as a cultural center but also as a public place. In the words of the architect Paulo Mendes da Rocha "the museum has no door and it faces all sides." More than a museum, the project works as an urban infrastructure that offers “public space” to the city.

This is the most visited museum in the country and on this project two concerns converged, on one hand the imperative need to increase the museum’s exhibition area as well as its technical support infrastructure and, on the other hand, the need to build new areas. 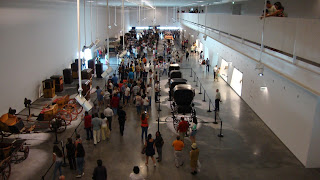 The new Museum includes spaces for permanent and temporary exhibitions, areas for conservation and restoration workshops that will contribute to the development of such heritage.

A library, an auditorium and an archive will allow to accomplish a set of cultural activities that will enrich the museum’s cultural offer. The Museum also features dining outlets, a Souvenir Store and a Tourism Office.

The surrounding areas of the new building were all renovated and feature a new Museum Square with free access. This is a perfect new spot for leisure and family recreation.