Refreshing Lisbon’s cinema for more than 12 years, Doclisboa is back! 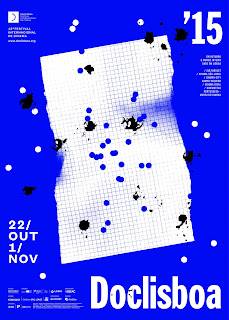 From October 22nd to November 1st, at Culturgest, Cinema São Jorge, Cinemateca Portuguesa - Museu do Cinema, Cinema Ideal, Cinema City Campo Pequeno and Museu da Electricidade, the festival features 236 films from 40 different countries, many of which (43) yet to be premiered in Portugal.

The Doclisboa is a unique festival. Born in the context of an association, the Apordoc, that organizes the festival since 2000, goes against all trends. There are few film festivals that claim to be part of an activity and a mission that goes beyond the organization.

In this edition titled “I don`t throw bombs, I make films - Terrorism, Performance”, terrorism is shown as a challenge not only to the communities, but also to the cinema.

This retrospective will include more than a dozen films, already confirmed, made between the 1960s and the present days, many of which “produced by participants of different armed struggles, who saw in the cinema a place for reflection“.