On the 21st of December, the Tivoli BBVA Theatre in Lisbon, will host one of the most famous ballets, the Swan Lake. 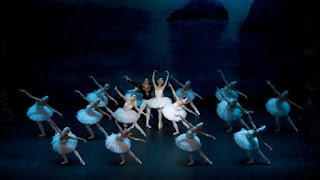 Performed by the Russian Classical Ballet and led by Evgeniya Bespalova, the Swan Lake is a ballet composed by Pyotr Ilyich Tchaikovsky in 1875–76. Despite its initial failure, it is now one of the most popular of all ballets.

The scenario, initially in two acts, was created from Russian folk tales and tells the story of Odette, a princess turned into a swan by an evil sorcerer's curse.

This is an enchanting tale with sumptuous sets, marvelous costumes and a dazzling array of melodies, all coming together to create this great masterpiece of classical ballet.

A spectacle you cannot afford to miss!