2016, we’ve made it! After all the partying, all the eating and all the drinking, what’s left? The resolutions, the New Year’s Resolutions!

One way or the other we’ve all done our resolutions, either just for fun or really meaning it, we all have that issue we want to change and we trust on New Year’s Eve to make it happen. 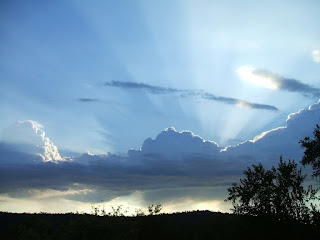 A New Year's resolution is a tradition, most common in the West, in which a person makes a pledge to do an act of self-improvement or to do something nice towards the world, starting on New Year's Day.

The religious origins go back to the Babylonians who promised their gods at the start of each year that they would return borrowed objects and pay their debts, but traces of these tradition can also be found in the Roman era where, when each year began, Romans made promises to the God Janus, after who the month of January is named.

Some of the most common resolutions or goals include actions such as: donate to the poor more often, to become more assertive, or to become more environmentally aware.

1 - Lose weight
This one is probably on everyone’s list and it can have some specific variations such as, eat healthy food or practice more exercise.

2 - Quit smoking
This is an old one, probably less used now but still on many people’s list, and on 2016 it will be even harder to be a smoker in Lisbon, a new law prohibits smoking indoors, including in the Hotel Avenida Palace.

3 - Get a promotion
At this point of the economy a “keep your job” resolution would be enough, but it is important to be optimist and so to get a promotion or a better job or just start your own business, are all resolutions that could be on the list.

4 - Self improve
This one is wide and includes several small steps that for sure will make you a better person. Steps such as becoming more organized, something that can be done by managing your time better or perhaps by watching less television, to reduce stress or finally, just to be less grumpy.

5 - Take a trip
Not on everyone’s list but it should be, travelling is the ultimate “problem solving” therapy and for sure it will help you achieve the remaining items on our list, and we even throw in a suggestion… Lisbon.