Percussions of the Metropolitana

The appeal of percussion is obvious among all audiences, especially the young ones. But behind the displays of mastery and gestural effects, there is a whole study and a practice that cannot be overlooked and that makes a difference. The Percussions of the Metropolitana are proof of this. 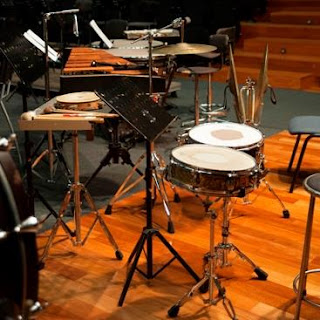 The musical disclosure is one of the goals of the group and that is why it makes so many presentations to schools, but also it conducts longer-term concerts in venues such as the CCB or the São Jorge Cinema. In 2011 and 2014, the group was awarded the 1st prize in the category of Música de Câmara (chamber music), middle level.

On the 16th of January at 9 p.m., in the first ever collaboration between pupils of the Escola Profissional Metropolitana, the Conservatório de Música of the Metropolitana and the Academia Nacional Superior de Orquestra / National Orchestra Academy, they are coming together to demonstrate how popular percussion instruments still gain interest from all kinds of audiences, particularly among younger publics.

Behind the performance and manual dexterity, long hours of study and practice are needed to create something truly special. With a diverse repertoire veering  from the erudite to pop and world music, this is an audacious show which will not disappoint.

This young group shows how the bond between teacher training and musical artistic practice has really paid off, in this innovative project of the Metropolitana, in a constant discovery of sounds and rhythms, directed by Professor Marco Fernandes.