Lisbon is, nowadays, one of the major destinations in Europe, famous for its culture, history, sun and of course its restaurants.

In the last couple of years, following the increase of the number of tourists visiting Lisbon, several new restaurants or spaces opened to the public, creating opportunities for new ideas to come alive. 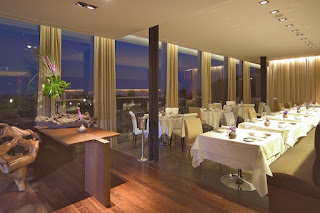 Portugal is well-known for its gastronomy but with the rise of young chefs with new concepts, a more audacious cuisine, which soon turned into Michelin Stars. Now, Lisbon hosts some of Europe’s best restaurants. With help from our Head Concierge here’s the top 5:

1 – Eleven
A Modernist window box at the top of Parque Eduardo VII is the setting for Lisbon’s most sophisticated contemporary restaurant. Joachim Koerper is the chef behind the meticulously prepared food.

2 – Tágide
Featuring creations by Nuno Diniz, Tágide has been for the past thirty years one of Lisbon’s most prestigious restaurants in Lisbon, located in a exquisite eighteenth century building in the heart of Chiado, boasts one of the most amazing views over the city and the Tagus river. 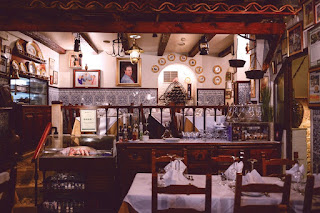 3 – Solar dos Nunes
Established in 1988, the Solar dos Nunes has the unique touch of the family owned businesses.
Specialized in the traditional Portuguese cuisine, it respects Portuguese most ancestral values both in its techniques as in the excellence of the products.

4 – Belcanto
Opened in 1958, in Chiado, the Belcanto was bought by Chef José Avillez in 2011 who started an extensive refurbishment. It re-opened in the beginning of 2012, totally renewed and was the first restaurant in Lisbon to be distinguished with two Michelin stars, in 2012 and 2014.

5 - Largo
Established in one of the most iconic areas of Lisbon, the Largo do Teatro S. Carlos, in Chiado, the space mixes aspects of the original construction of the cloisters, with modern, bold design in a combination of architectural concepts absolutely unique.