International Day for Monuments and Sites

On the 18th of April, Lisbon celebrates the International Day for Monuments and Sites with several events throughout the city.

The 18th of April was the date officially selected by ICOMOS (International Council on Monuments and Site) and on this day, a number of special events are taking place to celebrate the occasion, such as free entries and visits to the monuments. 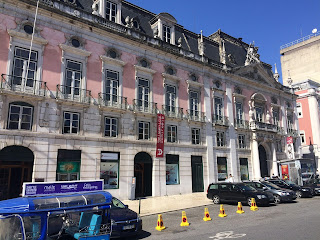 This year’s theme is “The Heritage of Sport” and during all week long, commemorations will happen across the country. We have select the ones closer to the hotel.

National Sports Museum
"Museum, Heritage and Sport - exhibition"
As part of the celebrations of the International Day for Monuments and Sites, the access to the museum will be free. This exhibition aims to draw attention to the heritage of the Portuguese sport through major national athletes.

"The Prehistory in Lisbon - Testimonies collected by Archaeology"
Explanatory course about the evidence discovered due to archaeological excavations in the center of Lisbon, which provided information about "another Lisbon" that existed between 5000 and 3000 years before our era.