From April 7th to the 17th, the Pátio da Galé in Terreiro do Paço welcomes the 9th edition of “Lisbon Fish & Flavours”.

This is the most important event of the Portuguese gastronomy dedicated to seafood, with top restaurants as well as Portuguese and foreign Chefs making an appearance. 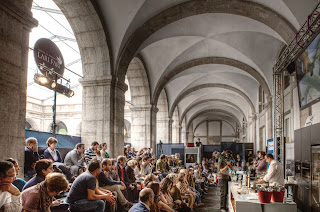 The event will present restaurants with fish and shellfish tasting menus, a gourmet market, cooking classes and debates.

Nine national and international special guest Chefs have already been confirmed for the live presentations, putting together inventive dishes using only the best seafood on offer. From these we can outline Elena Arzak, Pino Cuttaia, Diego Gallegos and Nuno Mendes.

Daughter of the famous Juan Maria Arzak that in Donostia, San Sebastian, Spain, boasts three Michelin stars, Elena Arzak brings to the Portuguese capital some examples of perfectionism and detail that made her well-known in the avant-garde cuisine.

The Italian Cuttaia Pino, holder of two Michelin stars at La Madia in Licata, Sicily, highlights the sea gastronomy, bringing sophistication to the Italian way of facing the kitchen. 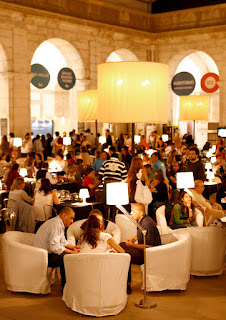 Diego Gallegos takes the stage on the 15th. Brazilian by birth, Andalusian by choice, he recently achieved a Michelin star in Sollo restaurant in Malaga and will demonstrate in "Fish in Lisbon “the reason why he is nicknamed as "el chef del caviar".

Finally, the Portuguese Nuno Mendes returns to this iconic event and shows, live, why we he became one of the most popular Chefs of London’s dining scene, where he recently opened a Portuguese-influenced restaurant.

Over the course of ten days, visitors can check out the Fado Night on the first Sunday where dinner will be served to the sound of live Fado music, or the DNA Pastry Chef Challenge, where pastry chefs go head to head in a contest to find the winning sweet. Also this year, there are the Fish Nights where on Saturdays and Sundays from midnight to 2 in the morning, Lisbon Fish & Flavours opens its doors to the night birds.

As you can see it is an event that you can’t miss so, for further information click on “Fish in Lisbon”.