Last week the Michelin Guide for Lisbon and Spain honored 2 additional Lisbon restaurants with its famous stars so, let’s learn more about them.

Created by André, the Michelin Guide had its first edition in 1900, with the goal of promoting 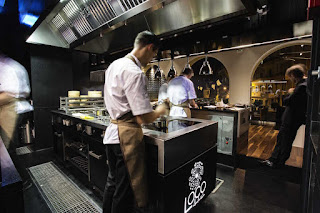 mobility to vehicles and bicycles, for whom Michelin manufactured tires. The guide provided suggestions of routes and quality places where drivers could eat and sleep during their trip, but the ultimate objective was to encourage them to use their tires. Garage locations that allowed drivers to stock themselves with alcohol or to fix a flat tire, was another of the information presented in the guide.

The classic selection of one to three stars only started in 1929 and it was in the 30’s that the visits from the anonymous inspectors begun. They travelled in search of five specific criteria: quality of the products, the mastery in cocking, the domain of the technics, the balance of flavors, creativity of the chef, relation price/quality and regularity.

And so the results were produced:

Lisbon had already three restaurants on the Michelin Guide, the Belcanto with 2 stars, and the Eleven and Feitoria with 1, on November 23rd two others joined the list, let’s get to know them. 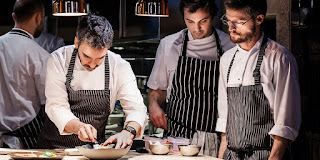 When Chef Henrique Sá Pessoa reopened Alma, this time at Chiado, he was clearly in the star league. It was noticeable by the care of with which the space was recovered and worked up to the smallest detail (from menu paper to the china). Sá Pessoa’s sophisticated cuisine presents a great focus on working with fish and seafood, the Asian influence and its own cuisine style.

Loco
Alexandre Silva risked on a personal project, an investment made by him and by his wife Sara, who is also his partner and he won. It was not clear that the Michelin Guide was to distinguish a much more daring and irreverent restaurant than those who are usually starry. The meal structure at Loco is different (fast pace in the initial snacks, pause for bread and butter, and then the main courses, some of which presented with a tableside show service). The show and the surprises are, in fact, part of the project of a meal that is intended to be fun and relaxed.