“The Lisbon that Would Have Been”

From today, the Museu de Lisboa reveals 200 pieces - drawings, models, and photographs - that recall urban and architectural projects that did not come to fruition in the city, in an exhibition to show how Lisbon could have been. 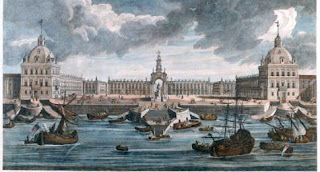 "The Lisbon that Would Have Been" is the title of the exhibition that reveals urbanistic and
architectural projects that were not implemented. There will be about 200 pieces, signed by personalities who "thought the city", such as Francisco de Holanda, Eugénio dos Santos, J. C. Nicolas Forestier, Ventura Terra, Cristino da Silva, Raul Lino, Cottinelli Telmo or Cassiano Branco.

The exhibition makes use of the City Hall and Lisbon Museum’s archives, places that store the numerous projects commissioned for the city that, for different reasons, were not carried out or not in all its components. 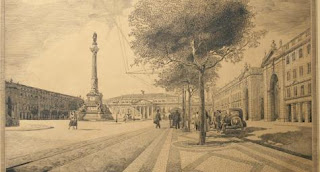 Drawings, models, photographs and projects of urbanism and architecture, from the sixteenth century to the present time, with greater incidence on the twentieth century, are the objects that form “The Lisbon that Would Have Been”. Visitors will be able to see a selection of graphic and three-dimensional materials focused on the central axis, from Praça do Comércio to Eduardo VII Park, Martim Moniz, the riverside front, the city gates and the bridges to the 'other side."

The exhibition will be on display until June 25th, from Tuesday to Sunday, from 10:00 a.m. to 6:00 p.m.
Labels: About Lisbon Concierge recommends Cultural Events