Located on the highest hill of Lisbon, the Graça District, is one of the oldest and most beautiful districts in the city. 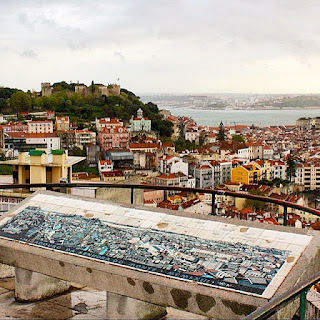 Right next to the iconic Castle of St. George, where around the birth of our nation a huge olive grove was located, Graça is known for the superb view that two well-known viewpoints provide, the Miradouro da Graça and Miradouro da Senhora do Monte.

Graça is one of Lisbon’s most beautiful and oldest districts that saw its number of inhabitants increase after the devastating earthquake of 1755, these new inhabitants built simple residences, and also imposing Palaces.

Throughout the years, Graça suffered several changes. At the time of the extinction of the religious orders, the Convent was transformed into Military barracks, the Church of Largo de Santa Marinha was demolished and most of the convent lands were expropriated and sold to individuals.

In the beginning of the XX century and with the industrialization of districts such as Beato and Xabregas, Graça welcomes new inhabitants, workers who decided to live here, creating a new type of communities known as “Vilas”. This sort of working-class villages were built with aesthetic sense and urbanistic criteria that survived until the current days. 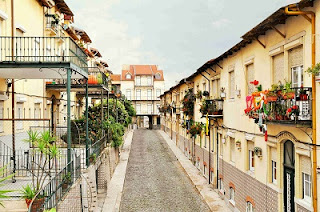 It’s here in this historical district that one feels the genuine atmosphere of Lisbon and its people, those who were born and raised in this neighborhood live in perfect harmony with the recent residents, including many foreigners.

Today, Graça is a very rich and diverse neighborhood, with wide streets, viewpoints and a combination of simple resident buildings and the most imposing palace.
Graça is a district that appeals not only to locals but especially to tourists that visit it for its soul, historical value, and location.