On October 10th we celebrate our 129th anniversary and, as part of the celebration, we start here a series of posts where we share our history. Enjoy! 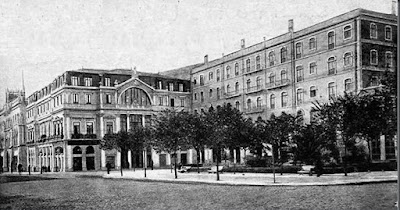 “When architect José Luis Monteiro received the commission for Lisbon’s Central Station, in Rossio, the Real Companhia dos Caminhos de Ferro Portugueses (Royal Portuguese Railway Company) requested him a project for an adjoined building for administrative services, which would include a luxury restaurant on the first floor. The restaurant would become one of the most popular restaurants in the city, given its location and the view it provided.

The inauguration of the Rossio Station took place in 1890, when Master Monteiro was already undertaking the project of the adjoined building, the construction of which would be supervised by David Cohen, one of the most illustrious names of Portuguese engineering.

However, the railway traffic, which now had a terminal in the city centre, had intensified with the inauguration of the South and West lines, and demanded new resources from the hotel business. Wagons Lits, a company with ties to the railways, made a proposal to the Real Companhia for the new building to be made into a great station hotel, similar to the Palaces of other European capitals. 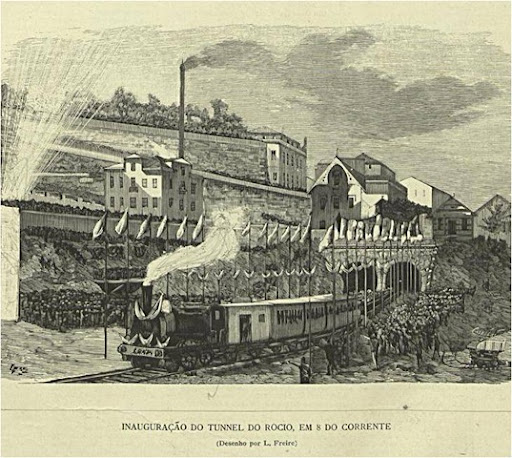 They would be in charge of its exploitation, and would hold right of preference in case of sale. The initial project was altered, and the architect was finally able to dedicate himself to the construction of the new hotel without the style constraints imposed on him for the Rossio Station. Instead of a building with a neo-Manueline style (dubbed by the critics as “manuelinho style”, or “little Manuel style") which aroused a strong controversy, we were faced with a Second French Empire boulevardier construction, a classically inspired composition influenced by French architecture, much to the beaux-arts taste of José Luis Monteiro, rooted in the constructions of Paris. Nothing was left to chance. In 1889, the D. Pedro IV square, by the hotel, was decorated with two bronze fountains manufactured in France.”