In this 3rd part we reveal some details of the hotel’s luxury decoration, the name change and also a story of a Prince who defied a Queen. 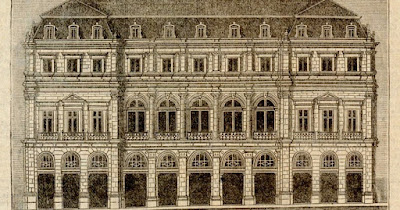 “The interior decoration had an exquisite Belle Époque style. The rugs, portieres, and upholstering of the ottomans were the finest available in the quality market. The furniture was purchased directly from Maple, one of the most elegant stores in London. Almost all the rooms distinguish themselves with their silk lining or leather paper. The walls in the dining room were overlaid with leafy velvet, which was broken off by oak wainscoting. All rooms had heating and ventilation apparatus, and almost all already had bathrooms. The guests had a hydraulic elevator at their disposal, to go from one floor another, and the Hotel’s kitchen was considered to be one of Lisbon’s finest.

In 1893, the Grande Hotel Internacional is renamed Avenida Palace, just as its European congeners. The Palaces symbolised the court’s splendour, in a time when the birth aristocracy was beginning to be surpassed by the bourgeoisie’s money. The pleasure of travelling, which up until then was limited to diplomatic, political or commercial reasons, had become fashionable amidst the wealthier classes, favouring the search for hotels with palatial luxury. In 1900, the hotel is sold to Wagons Lits, a Belgian company which had always been associated to railway transportation. 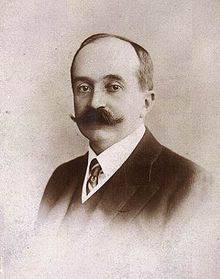 The Palace recreated the magnificence of Versailles, offering the fascination of rivalling with the hotels in Paris or Rome. It was fit for princes, and it lodged members of the European royalty. D. Miguel of Bragança, prince of Portugal, was one of them. He defied the law issued by D. Maria II in 1834, which forbade D. Miguel I and his descendants to come to Portugal, under penalty of death upon summary procedure. According to some accounts of the time, the prince D. Miguel II arrived at the Rossio station, on the 23rd of January, 1901.

He was escorted by a secretary, “two elegantly dressed young men”, and servants dressed as chausseurs of the German noble households. The proscribed prince and his escorts lodged at the Avenida Palace, under aliases. D. Miguel registered himself under the name of Count of Mutzgen. They were identified by some noblemen and were acclaimed by D. Miguel’s supporters. The stay of a Portuguese prince in the Avenida Palace endowed Rossio’s hotel with a new romantic aura, drawing clients from both the wealthy Brazilian bourgeoisie and the European aristocracy, who sought a capital with a pleasant temperature.”