In this “episode” the Avenida Palace is stage of significant Portuguese historical developments.

“The hotel did not fall short of their expectations: A private orchestra flooded the rooms with music during their famous Saturday balls, and while the dancing pairs challenged love, spies from everywhere looked for conspiracies. A Special Night Service, characterised by an exquisite French “à la carte” cuisine, sustained the hours, and “seasoned” the most fierce emotions. The aromas of Parisian fragrances filled the air with the faint and sweetish scent of a decadent monarchy.

Upon the monarchy’s fall, in October, 1910, the Palace provided to the diplomatic corps a privileged balcony over the events: shrapnel and grenades flew over the roundabout, where the revolutionary armies were camping, and the Rossio, where the realist troops were stationed. The latter’s Military Staff was established in the Palace of Independence, on the S. Domingos square. Inevitably, the hotel was hit. In spite of such a change, the spot still held its attraction over the elites. 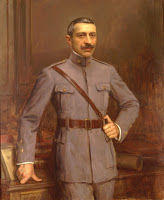 In the late 1917, a year in which Russia lived some dramatic moments, Lisbon welcomed the Ballets Russes Company, which was run by the famous Sergei Diaghilev. Almada Negreiros went to the hotel to greet the Company, and dedicated a manifest to it.Two years later, the hotel is sold to the Sociedade Portuguesa de Hotéis, Lda. (Portuguese Hotel Society), which in turn sells it a year after that. The world’s economic situation worsens after the end of the First World War, and affects every sector. In this picture of crisis, a group of Portuguese businessmen establishes the Companhia Portuguesa de Hotéis (Portuguese Hotel Company), and buys the Palace on 17/11/1919, ensuring its management for 45 years.

President Sidónio Pais also visited the Palace for some time, and was fatally wounded almost in its midst, on the 14th December, 1918, at the Rossio station. He was shot on his way to the Hotel. It is unknown if he ever used the “discreet” door on the 4th floor, which connected the Hotel to the Rossio station. Naturally, little is known about those who used such a “secret path”, meant for VIPs who wished to remain anonymous, and possibly an access to forbidden passions. However, we know it was used on several occasions. Years later, Salazar used it. According to the recollections of an old employee, who is now deceased, the former President of Government would have visited the Hotel to greet Biachi (the representative of Yugoslavia in Portugal), who was staying at room 405, using the door on the 4th floor, which was usually locked.”
Labels: History