November and December in Downtown Lisboa

In the year that the application of Fado as an Intangible Heritage of Humanity (UNESCO) was submitted, the Portuguese musical style typically makesitself known to the world.
Considered an important piece of Lisbon tradition, Fado is part of the cultural heritage of the Portuguese.
An for those visiting the city and wanting  to understand the universe and the history of the song of Lisbon, it is essential to visit the Fado Museum, in Alfama.

In true open-air shopping center, the offer could not be more diverse. In traditional commerce, which included some of the oldest and most respected business houses in Lisbon, you can find articles that combine originality with the recognized quality of national products. Pottery and ceramics, leather and cork, fabrics and embroidery, and sweet wines, gourmet products and other reginal delicacies are some of the suggestions. 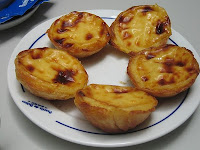 Considered one of the 7 Wonders of Portuguese Gastronomy, Pastel de Belém is the dessert featured in the restaurant Terreiro do Paço, during the week 14-19 November, an initiative promoted by this space tho showcase one of the best national delicacies.

The cream puffs are one of the most popular Portuguese specialties and desserts, although they may be found in various cafes and bakeries in the country, the original recipe is an exclusive factory Pastel de Belém, located in Lisbon, which preserves the secret of its making.

Knowing the areas reserved for one of the oldest monuments of national culture heritage is the suggestion of the Teatro Nacional D. Maria II, guided tours through their scenes , which are held on Mondays, at 11.30.

On the day that the majority of cultural facilities in Lisbon are closed to the public - Monday - this space offers visitors, tours in six languages, including Portuguese, English, French, Spanish, German and Italian.