The Earthquake that changed Lisbon.

On November 1st, 1755, around 9:30 in the morning, Lisbon was struck by a violent earthquake.
The earthquake was followed by a tsunami resulting in the almost complete destruction of the city and reaching a large part of the coast, down to the Algarve. Multiple fires caused the destruction of a good deal of the city with special focus in the downtown area (Baixa). The total number of fatalities was calculated between ten and thirty thousand.

Reports at the time say the quakes were felt, depending on the location, from six minutes to two hours, causing huge fractures that still remain. Minutes after the earthquake, a tsunami, which is currently supposed to have reached at least six feet height, although there are reports of waves with more than ten meters, submerged the city center and the port, making the waters penetrate up to Campo de Ourique District. In areas that were not affected by the tsunami, the fire soon spread, and lasted for at least five days. Everyone ran away in fear and there was no one left to extinguish the fires...

The Portuguese royal family escaped the catastrophe. The King Jose I and the court had left the city after attending a mass at dawn, relaxing in Santa Maria de Belém, in the outskirts of Lisbon, at the time of the earthquake.

Imposed by the “Marquês de Pombal”, Minister of D. José, the reconstruction of Lisbon became an immediate priority and on December 4th, 1755, six projects were presented to rebuild the city.
Following an Enlightenment model, this "new" town was one of the boldest urban proposals in Europe at the time. In this urban plan, a geometric orthogonal design is imposed, giving priority to roads, defined in terms of the two most iconic city squares: the “Rossio”, community center and the Comércio Square, political and economic center. 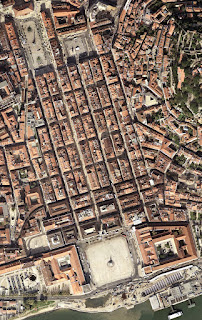 In less than a year after the earthquake one couldn’t find ruins in Lisbon as the reconstruction works were quite advanced. The King wanted a new and ordered city with large squares and wide and rectilinear avenues which marked the plan of the new city.
According to the legend, it was asked at the time to the “Marquês  de Pombal” why such wide streets and he latter replied that one day they will find them narrow ....

The new center, now known as “Baixa Pombalina” is one of the most elegant areas of the city. These would be the first buildings to be constructed, in the world, with earthquake-proof protections (anti-seismic) that were tested in wood models, using militaries marching to simulate seismic vibrations.

D. Mary I would continue these reforms initiated by the “Marquês de Pombal”. Lisbon was equipped with some remarkable monuments such as: the “Basilica da Estrela”, the “Teatro S. Carlos” and the Ajuda Palace.