Lisbon in the past as today presents us with some of most beautiful buildings across Europe, buildings rich in architecture and classical design, here are 3 very good examples.

In the late eighteenth century, "O Machadinho" gentleman of the Royal Household, was built by José Pinto Machado, from the family of the Pinto Machado, whose members fought in the Restoration War. José Pinto Machado got rich with the tobacco business, from which he was the chief contractor and was the protégé of Marquês de Pombal and so, ascended socially and built this palace, in whose
facade his symbol is displayed. 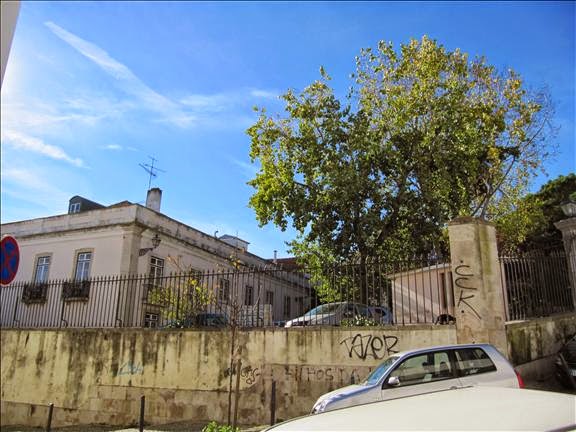 The architect is unidentified but the style indicates that it may have been Manuel Caetano de Sousa, given the portal’s design. The construction works took place from 1755 to the late eighteenth century. On the ground floor - the store - were the stables, housing for coachmen and storerooms of supplies. The mezzanine with lower ceilings, where the chambers of the owner and the chaplain are located are connected to the back garden. Facing east is the kitchen and the annexes, facing west are the winter bedrooms.
On the second floor, is the noble part of the palace, with the ballroom, decorated with beautiful stuccos by Giovanni Grossi, and a living room, tiled in Italian Baroque from the D. João V period.

The third floor was occupied by the servants and small children’s rooms.
It was the residence of the Spanish Ambassador, and home of Julio de Castilho and later purchased by the Lima Mayer family in the late nineteenth century. In 1948, this palace was acquired by the City Hall, which restored it with tiles from other demolished palaces. It was an elementary school and headquarters of several municipal services. At present, it hosts the Direcção Municipal da Cultura. The gardens, renewed by Gonçalo Ribeiro Telles, have a Casa Fresco in Rococo style, from D. Maria I period.

It owes its name to the Ambassador Rui Ennes Ulrich and his wife Genoveva de Lima Mayer, whose literary name was Veva Lima. The mansion was built in 1894 by Joaquim Augusto de Carvalho Ponces, the first and only Conde de Vilar Seco. Subsequently inherited by the Anadia House. 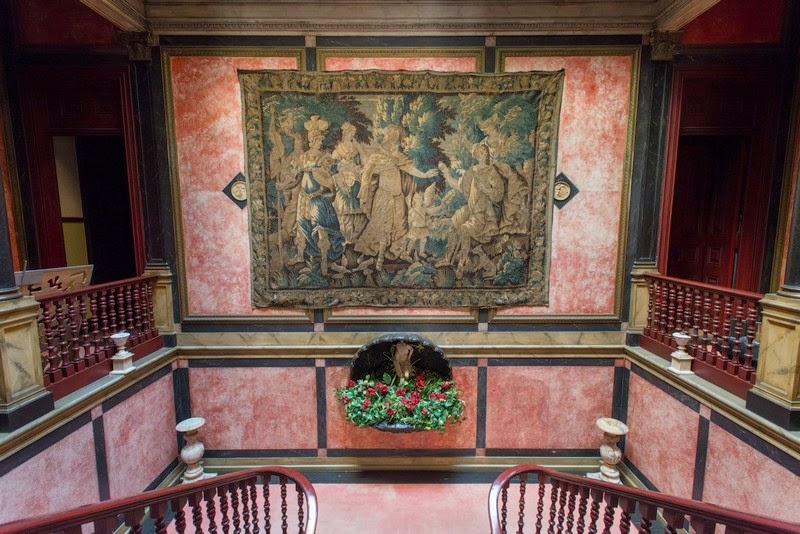 In 1920, Dr. Rui Ulrich rents this palace to this family that carries out its recovery, with great pomp and indoor beautification. The house hosted the last Lisbon hall, within the context of the romantic tradition of assembly centers for important figures of the artistic literary circles and politicians. It is also one of the few remaining examples of the pre-twentieth century, which still maintains at the foyer and first floor, the entire original decoration and classical architecture.

The charismatic personality and taste of the writer and socialite, Veva Lima, are well marked on the interior, with its symbol (a butterfly flanked by two swans) visible in various parts of the house. The parties and gatherings of notable citizens between the years 1920 and 1940 were followed by a quieter period under the guidance of Mary Ulrich, daughter of Veva Lima, who devoted to educational activities and to the Catholic Action.

In 1980, the mansion is acquired by the City Hall and the Casa Veva de Lima Association is created, respecting the wishes of Mary Ulrich of preserving the traditions of cultural encounters and humanistic spirit, introduced by her parents. At the time of its construction, the palace had a magnificent view, including the Tejo River from its source to the estuary mouth, quite different from that tight space of nowadays.

This palace is located on the street formerly called Corredoura or horses’ route. Built in the eighteenth century by the Spanish Visconde da Orta (1804-1873) its name would later be associated to his son-in-law, the Visconde de Magalhães, who worked on the improvement of the palace.

The building has three floors, and the entrance is made through a monumental door which, via an 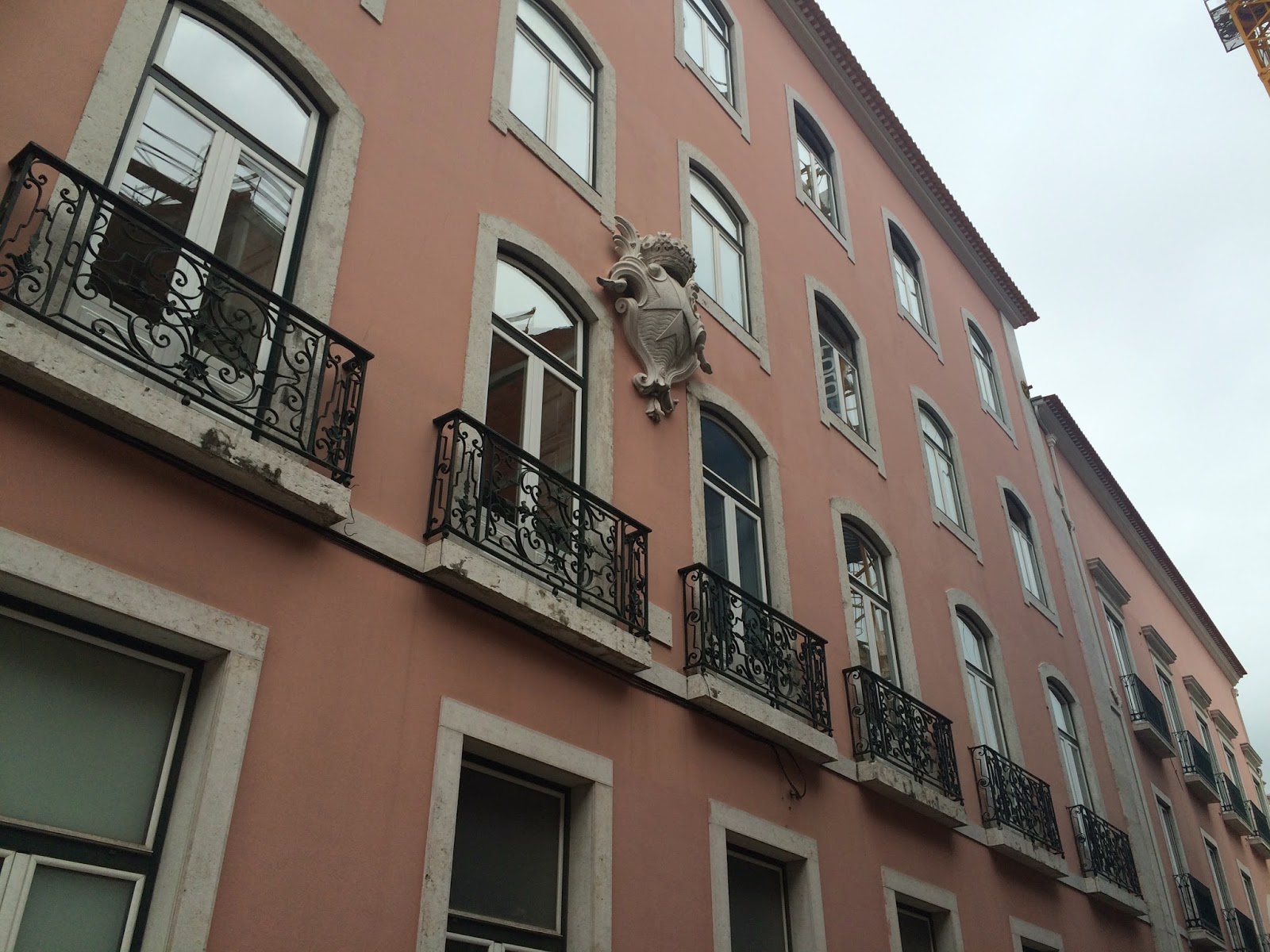 arched ramp, leads to the rectangular courtyard, around which the building is organized. The Barão da Orta coat of arms, adorns the inner wall overlooking the main staircase, emphasizing 4 ceremonial rooms: the 4 Seasons Room with frescoes painting; the Nobre Room or the Mirrors Room with a ceiling painted in trompe l’oeil and stucco walls; the Mythology Room with portraits in relief stucco walls illustrating mythological figures and on the ceiling Minerva; the Direcção Room with frescoes of classical scenes.

The Winter Garden is another of the improvements made in the transition from the nineteenth to the twentieth century, a large and elegant structure in metal and glass connects the old building to the garden, this one probably from eighteenth century, designed in the Italian Baroque and in which remains the naturalist-backed stone fountain. The Palace was acquired in 1948, by the War Department to the Marquesa de Santa Cruz dos Manuelles, daughter and heiress of the Conde de Magalhães. It hosted the Cooperativa Militar, it belongs today to the IASFA - Institute for Social Action of the Armed Forces and it is linked to the nearby Ordem Soberana de Malta Palace, which shows on the facade the respective coat of arms.