TAP Portugal: Image of a People

A new exhibition is in display on MUDE – Museu do Design e da Moda until the 1st of November, TAP Portugal : Image of a People.

In the last 6 months TAP, the Portuguese Air Line has made the headlines in Portugal due to its sail to private companies. 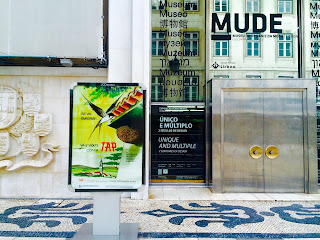 TAP was created on 14 March 1945 by Humberto Delgado, who was Director of the Civil Aviation Office at the time. That was the year it acquired its first aircraft — two Dakota DC3s, with room for 21 passengers. But was only in 1946 that TAP could launch its first commercial route, between
Lisbon and Madrid service began on 19 September.

The exhibition TAP PORTUGAL: IMAGE OF A PEOPLE focuses on the design of the national airline, from 1945 to the present day. It highlights its contribution to TAP identity and to consolidate the image of a modern airline, qualified, safe and competitive, at the service of the Portuguese people and the communities around the world.

The items on display reflect the contribution of design to the collective awareness of TAP as a national symbol and to the identification of the Portuguese people with (their) flag carrier. Moreover, it shows the way it contributed to the construction and dissemination of the image of a people and their country across borders over the last 70 years.