Wolfgang Amadeus Mozart, born on January 27th, was one of the most influential composers of the Classical era. 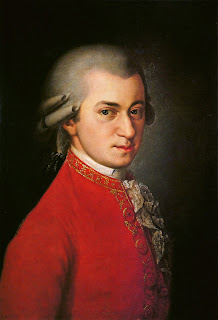 Born in Salzburg, Mozart was a musician capable of playing multiple instruments who started playing in public at the age of 6 and showed instantly a prodigious ability from his early age. Already competent on keyboard and violin, he composed from the age of five and performed before European royalty.

Over the years, Mozart aligned himself with a variety of European venues and patrons, composing over 600 works, many acknowledged as pinnacles of symphonic, works that included sonatas, symphonies, masses, concertos and operas, marked by vivid emotion and sophisticated textures.

He is among the most enduringly popular of classical composers, and his influence on subsequent Western art music is profound. Ludwig van Beethoven composed his own early works in the shadow of Mozart, and Joseph Haydn wrote that "posterity will not see such a talent again in 100 years".

Today, we honor him in a recital by João Romeiras, at our Palace Lounge.