Lisbon favorite destination for the European in 2015

2015 was the year of confirmation for Lisbon as one of the most important destinations in Europe.

Recent figures released by the search engine jetcost.pt, present Lisbon as the most popular city in 2015 by the Spanish, French, British, Germans, Italians, Dutch and Russian travelers. 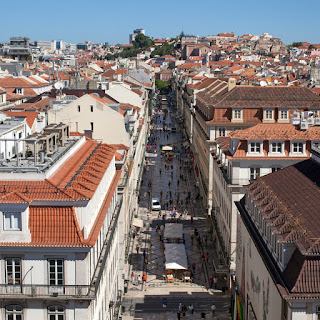 On the other hand, Porto, has been chosen second by the Spanish, French, German, Italian and Russian, third by the Dutch and it ranks fourth by the British.

Faro, the gateway to the Algarve, is also on this list and very well ranked, for instance, it is the second most visited city by the British and the Dutch, the third by the Spanish, French and German and the fourth by the Italian and Russian.

As for the Islands, despite the growth of Açores, Madeira is still the preferred by the European tourists, mostly due to its climate and, of course, a spectacular landscape where one can enjoy nature in all its splendor.

As mentioned Açores is growing, been São Miguel the most demanded island of the group ranking fifth as preferred destination for the European tourists, followed by Santa Maria and Faial. The liberalization of the direct flights to the islands played an important role on this increase, but one cannot exclude its natural beauty, clear waters, lush vegetation and landscapes of volcanic origin, making this a thru paradise in the middle of the Atlantic.