Doclisboa is back for its 14th edition, "In October the whole world fits in Lisbon".

This year Doclisboa - International Film Festival will feature a full retrospective of the work of Peter Watkins (“War Game”) and also the retrospective “For an Impossible cinema: Documentary and Avant-Garde in Cuba”, offering an insight into the cinema produced in Cuba between 1959 and 1972. 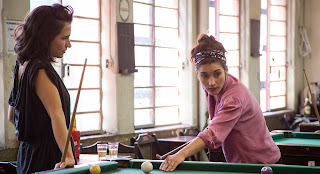 Doclisboa was elected by the Academy of Motion Pictures Arts and Sciences to pre-nominate candidates to the OSCARS®, becoming the first Portuguese festival qualified by the Academy and like in every edition the festival wants to question the present of motion pictures, bringing along its history and assuming cinema as a mode of freedom.

By refusing the categorization of film practice, it searches for the new problematics that cinematic image implies, in its multiple ways of engagement with the contemporary.

Doclisboa's program counts with 259 films, from 41 different countries but the major focus will be the Portuguese and International Competitions, bringing back sessions such as “Cinema of Urgency”, with a selection of related films, and Arché, Laboratory of Creative Development.

Find out more about Doclisboa 2016.