This weekend at CCB 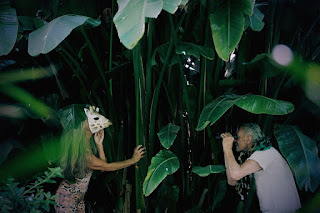 A Midsummer Night's Dream was written between 1594 and 1596, and it is where Shakespeare, inspired on classical mythology, crosses several stories, introduces characters in conflict and installs confusion, in a successive game of loving encounters and miss encounters.

This comedy oscillates between reality and fantasy; between the political and social power with its order and a chaotic world represented by the forest where fairies and elves live.

Before the marriage of Theseus and Hippolyta, a couple in loved and eager to escape the laws of the city, go to the forest and after a while two others follow them to a place where there is already a troupe of amateur actors rehearsing a play to be presented on the day of the wedding.  In the forest are also Oberon and Titania who have become estranged from one another. That's when Puck appears and the chaos of love is released ... and everything becomes a huge dream.