As usual, at the end of each year, we all make a retrospective about the year that finishes and make plans for the year ahead.

This was an incredible year for Portugal in terms of tourism growth, 10% is the estimated number, with over 48 million room nights. Although Lisbon and Algarve are still the most relevant destinations, other regions such as North, Madeira, and Açores, presented also a sustainable raise. 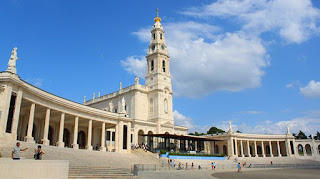 In 2017, the expectations are to keep on growing, and for that, 56 new flight routes will be available, including new routes to the United States and direct flights to China. On top of that, there are already confirmed 42 international congresses, including another edition of the Web Summit in November.

2017 is also the year in which we celebrate the 100th-anniversary apparition of Our Lady of Fátima to three shepherd children, an event that motivated the visit of Pope Francis to Fátima in May.

One thing is certain, in 2017 Lisbon we’ll continue to grow in terms of visitors and events, and will confirm its status of one of the most relevant Europe’s destinations.