Going for its 16th edition, MONSTRA, Lisbon Animated Film Festival will be held between March 16th and 26th. 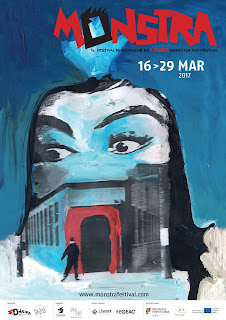 According to the organization this will be a festival filled with new gazes, due to the international, European and national premieres which will be presented through different competitions, retrospectives and special programs.

Italy is the guest at the 2017 edition, with different programs dedicated to the country’s filmmaking. All in all, about 600 films between competition entries, retrospectives and premieres.

The presentation of ‘Ma vie de Courgette’ (‘My Life as a Courgette’), a Swiss-French production and prize winner at Annecy also nominated for a Golden Globe, is one of the highlights.

One of the newest additions this year is the Animation and Virtual Reality panel, taking place at the Cinema de São Jorge, on the morning of the 18th. Also from the archives, the prize-winning film “Persepolis” by Marjane Sátrapa and Vincent Paronnaud will be among those to be shown.