Tourists’ interest in Portuguese culture exploded in 2016, and 2017 promises to be even better.~ 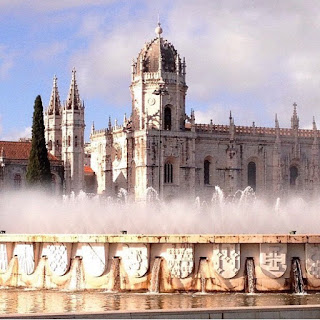 When walking the streets of Lisbon, one can easily see the increasing number of tourists visiting the city. The lines to access major sights, monuments and museums, especially over the weekends, are the major obstacle for those who don’t have a great amount of time to visit the city.

The numbers now available, clearly demonstrate that the growth is real, in the 1st trimester of 2017 visits to Lisbon’s monuments, palaces and museums increased 14% and the Castelo the São Jorge is the most visited one.

Regarding the museums the increase was 10%, and here is where we can easily see the tourists’ influence, in 2011 only 38% of visitors to the museum were tourists, which in 2016 raised to a little over 50%. In terms of the most visited museums, Museu Coleccção Berardo ranks first, but this is most certainly influenced by its free access. Ranked in second is the Fundação Gulbenkian, in third the Museu dos Coches followed by the Museu Nacional de Arte Antiga and the Museu do Azulejo.

Strangely enough, the most visited exhibition is from one of the most visited museums, the exhibition of Joana Vasconcelos in Palácio da Ajuda, followed by “O meu corpo é o teu corpo” at the Museu Colecção Berardo and “José de Almada Negreiros: Uma maneira de ser moderno” at the Fundação Calouste Gulbenkian.

The study presents other curious facts, for instance, that English tourists prefer monuments, the French museums, and the Spanish palaces. The study also demonstrates that the visitors to the museums are young, mostly women and educated.