May is just starting and although the good weather invites to outdoor activities, Lisbon’s cultural program can’t be left behind and so, we are happy to suggest 3 exhibitions not to be missed on your visit to Lisbon.

The Marvelous Variety of the World

Until June 3rd the Padrão dos Descobrimentos hosts extraordinary beings and wonderful creatures, imaginary or real, of today and from the past. 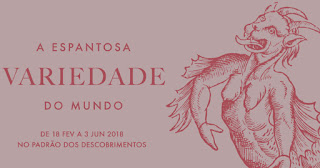 The natural and social world is a permanent source of wonder, whether through the regularity of its order or through the irruption of the unusual. These two sides go hand in hand: the extra-ordinary breaks the usual landscape of the world, whilst simultaneously confirming it.

“The amazing variety of the world” is an exhibition that promotes a reflection on the unusual, associated with the unknown, the difference and the rarity, through objects, fantasy drawings and representations from the real.

For more information on www.padraodosdescobrimentos.pt

A Museum from Another World

José de Guimarães conceived an unprecedented and specific intervention for the Museu do Oriente, whose starting point is the Museum's wide and diverse collection, in articulation and dialogue with the artist's pieces, his collection of Chinese art, as well as other objects and images that constitute the universe of references of the author. 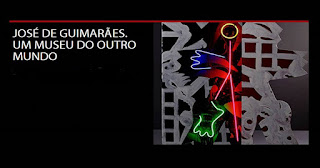 In many cultures, the "other world" is where the dead live life beyond death. In turn, the work of José de Guimarães is deeply marked by the rituals of ancient cultures, tracing an arc of influences that goes from America to the Far East.

“A Museum from Another World” promises visitors a contact with ancient Chinese artworks and José de Guimarães’s reliquary boxes, as well as with the objects and images that the painter has collected. This exhibition seeks to open the door to a reflection on the museum as a form of otherness while inviting people to step into this “other world”.

Post-Pop. Beyond the commonplace
Pop detours in Portugal and England, 1965-1975 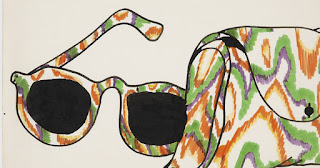 This exhibition presents, in its entirety, works produced almost exclusively between 1965 and 1975, in Portugal and England. Some of them are united by a witty divergence from the commonplace put forward by Pop Art.

And, in the case of the Portuguese artists, true defectors from the mediocrity which characterised Portugal, we find a common link in seeking inspiration and motivation from abroad, in Paris and in London in particular, which was a true Mecca in the 1960s.