In the year it celebrates its 20th anniversary, the Oceanário de Lisboa was elected for the 3rd time, World’s Best Aquarium by TripAdvisor’s Travelers’ Choice 2018.

With more than 33.000 reviews, the Oceanário de Lisboa had a global rating of 4,5 out of 5 and was considered excellent by 64% of the reviewers. 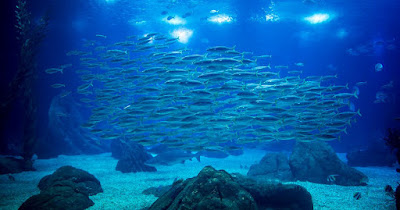 Built for the EXPO´98, the Oceanário de Lisboa is a large public aquarium whose prestige is widely recognized, not only in Lisbon and Portugal but also across the world, and has etherealized the centuries-old bond between Lisbon and the ocean.

Its exceptional exhibitions and the architectural features of its buildings, full of symbolism, allows a unique, unforgettable experience. The Oceanário consists of two buildings connected by a large forecourt: the original Oceans Building and the new Sea Building. The forecourt, from which the exhibitions and the educational area can be accessed, boasts a magnificent panel featuring 55 thousand tiles.

Since its opening, the Oceanário de Lisboa has welcomed over 23 million visitors from 185 different countries. After 2015 and 2017 this is the 3rd time the Oceanário is considered the World’s Best Aquarium.