What to do this weekend

If you’re planning to visit us this weekend here are some of the events taking place in the city.

Quel Amour
The exhibition brings together 68 artists from different generations, countries and cultures, for whom love has been an inspiration – in its many forms – in the creation of exclusive works. Among exclamations and questions, there are more than 150 works on different supports, including painting and design, sculpture, video, photography and performance, all of which seek an answer to “Quel Amour!?”. 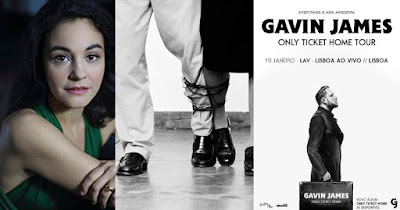 Gavin James
Gavin James is one of the top artists of the moment, and he is coming to Portugal for the first time tohappy sad songs”. “Start Again”, “Put You Back Together” and “Cigarette Break” are just some of the tunes he will perform at this concert.
present his new studio album, “Only Ticket Home”, which was released in October 2018. The Irish musician, who saw his debut album “Bitter Pill” go platinum, said he wanted to leave the world of ballads behind him, and that this new album is different, with “

Alceste
This opera in three acts by Christoph Willibald Gluck starts with an episode of Greco-Roman mythology in which Alceste sacrifices her life to save that of her husband, Admeto, the king of Thessaly. “Alceste” was first performed in Vienna in 1767, with an Italian libretto by Ranieri de Calzabigi, followed nine years later by a French version with a libretto by Le Blanc Du Roullet. It is this French version that will be performed at the Teatro Nacional de São Carlos. This new production will be presented by Graham Vick, with musical direction by Graeme Jenkins.