Unfortunately, this is another year we won't be able to celebrate Santo António as it should be. The only thing left is the holiday itself, since all the toasts, dancing, and parties that are part of Santo António’s Festivities have to be postponed.
But this makes it a good opportunity to learn more about the most popular Saint in our country.
Santo António was born as Fernando de Bulhões, in Lisbon, between 1191 and 1195, in Rua das Pedras Negras, next to Lisbon’s Sé Cathedral. The house where he was born and where he spent his childhood is now the Church of Santo António, and in the crypt, it is possible to see a piece of one of the Saint's bones, authenticated by Bula. 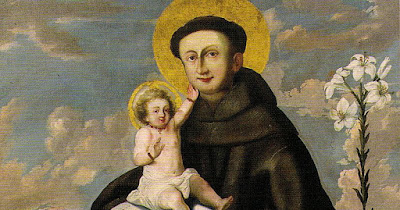 Raised within a noble family to be a knight, in his youth years he asks permission to join the Order of Canons Regrantes of Santo Agostinho, in the Church of São Vicente de Fora and he later left to Coimbra, where he studied theology. The search for introspection and simplicity lead him to the newly created Franciscan Order putting aside not only his Augustine's habit but also his name. Fernando adopted the name António, in honor of the hermit Santo Antão, and devotes himself to preaching the scriptures, which he knows so well, especially after he moved to Italy.
Santo António died in June 13th, 1231, in Arcella, near Padua, Italy, the reason why this date became Santo António's Day. He was canonized in record time, on May 30th, 1232, less than a year after his death, making him the fastest canonized Saint in the history of the Catholic Church, at the time.
The great debate still occurs: Saint Anthony of Padua or Santo António of Lisbon. Being one of the most popular saints of the Catholic Church, disputes are normal, but despite the two different names we are talking about the same Saint. Santo António was born and lived in Lisbon, lived, and died in Padua. 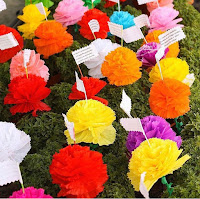 The best way to end the discussion is to quote Pope Leo XIII (1878 - 1903): “He is the Saint of the whole world”.
There are also debates if Santo António is, in fact, Lisbon’s patron Saint. There are those who have doubts about who is, after all, the patron Saint of the Portuguese capital. Between Santo António and São Vicente, the answer is not simple.
Manjericos (little-potted plants of newly sprouted Basil) and sardines play a major role in these celebrations, but where does the tradition of manjericos and sardines come from? Actually, there isn’t a known connection between Santo António and these two symbols of the “Festas de Lisboa”. The sardine, a fish that swims in the Portuguese seas, has its “high season” during Spring. Spring is also the season associated with love and, in the tradition of these popular festivals, it was customary for boys to buy basil (also known as Valentine's herb) in a small pot and offer it to their beloved. Spring and Summer have the ideal conditions to grow basil, which helped this herb to become so popular during this period.
Another important symbol of these festivities are the popular marches, but how did they start? Lisbon's neighborhoods and communities have been officially parading in the capital for 88 years. The first march parade dates back to 1932 but, before that, the neighborhoods in Lisbon already organized balls and small individual marches among themselves.
The idea was to round up the neighborhoods of Lisbon to show the best of themselves, from costumes to music, and prove the union of the local soul around Santo António’s celebration.
Created in the “Estado Novo”, during the 70s there weren’t almost any marches. With the revolution in 1974, the following years became less favorable for the celebrations that some considered too linked to Salazar’s regime.
The year 1980 marked the return of the parade in the Avenida da Liberdade, with ten marches and no contest. The awards and the jury returned in 1981. To this day. 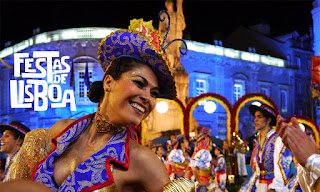 Finally, why is it said that Santo António is a matchmaker? Well, that is a story with many versions: according to the book A Biografia do Santo do Amor, Fernando Nuno (the writer) reports the case of a devout young woman who went to Fr. António, asking him for help to marry her neighbor Filipe. The problem: the poor woman's family had no money for the dowry - traditionally given to the groom's parents. Moved, Santo António would have told her that it was better to leave the matter in God’s hands, but in secret, he started working on a plan. That time, Santo António did not distribute the donations collected from the faithful and decided to keep the money until we collected enough money for the young woman's wedding. When he succeeded, he tied the coins inside a purse and, without anyone realizing, he tossed it into the girl's room, along with a written note: "This is the dowry that will allow the bride to marry".
Of course, this is one of many versions and the stories multiply. As usual, in these cases, it is all just a matter of faith. Following the tradition of helping couples get married, every year, the Lisbon’s City Council organizes the event “Santo António's Weddings” for couples who are unable to pay for their own ceremony.
Labels: About Lisbon